Jon has been blacksmithing for 18 years. He began collecting equipment and working weekends for a retired army smith at the age of 14 before beginning a three year apprenticeship in an industrial forge. During this time he realized that to further his education in the direction of sculptural forging he was going to have to leave

New Zealand. Upon completion of his apprenticeship, Jon traveled to Australia where he spent 6 months working for a number of artist blacksmiths, and then to Europe where he spent 8 years working in some of the worlds most renown artistic forges. Jon now runs his Forging Studio in Auckland, New Zealand, in a combined artist workshop where he produces sculptural works for exhibitions and contemporary architectural ironwork manufactured using the traditional techniques.

Jon Hall Forging Studio is located in West Auckland, next to the Whau river. It is a combined Sculpture Studio where a group of professional artists work full time creating works for shows and private commissions. There is plenty of off street parking available and there are beautiful views across the tidal river and mangroves. It is also only 20 minutes from the city centre by car where there are plenty of Hotels and restaurants available. We can help you with finding accommodation if needed. 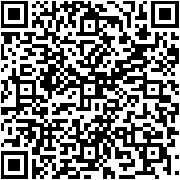