Heiner Zimmermann is an ambassador of his craft. Growing up in his father’s forge, he soon learned and appreciated ancient techniques and traditions with hammer and anvil. Heiner stepped into big shoes and is now, like his father Paul, counted among renowned designers and artists worldwide.

He finished his formal training 1991 as the national champion and was awarded with the “Good Design Award” (now known as “Design Prize of the Federal Republic of Germany”). Other awards followed. During his formative years, supported by several scholarships, he travelled and worked for renowned metal artist across the continent and in the United States. Further training in conservation, arte and architecture history followed in Venice after his master`s certificate in 1998, he took over his father’s forge in Pliezhausen.

Heiner Zimmermann`s works are always the result of a search for form, structure and surface that touch and moves the spectator. His works respect material and forging tradition without neglecting demands of the contemporary design. From an individual creation process comes unique work, the development history symbolizes the union of an idea and will through the material iron. Since 2009 Heiner Zimmermann holds a Professorship for Arts and Craft in metal, at HDK University of Gothenburg in Sweden.

The workshop of the Atelier Zimmermann is in Pliezhausen. Pliezhausen is in South Germany close to the Schwaebisch Albs

and the Black Forest on the river Neckar. It is about 35 minutes south of Stuttgart and 15 minutes from the airport by car. Pliezhausen provides you with nature and a location between the historic university town Tuebingen, the outlet center Metzingen and the state capital Stuttgart. A four star Hotel Schönbuch with meeting rooms and first class restaurant are five minutes from the seminar location with 43 modern and fully equipped rooms, space for 75 guests. 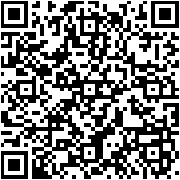