During his career, Richard Quinnell has produced some of the most significant twentieth century ironwork in the U.K. and overseas, including the gates to Shakespeare's Globe in London, the coat of arms for the British Embassy in Rome and the gates to the National Ornamental Metal Museum in Memphis, Tennessee. In 1989 Quinnell was awarded an M.B.E. for his part in the revival of what had been, for many decades, a dying craft in the United Kingdom. Richard and his late wife Jinny founded the British Artist Blacksmiths Association in 1978 and the Fire & Iron Gallery in 1982. Quinnell also founded the Quinnell School of Blacksmithing in 1996. He is a Companion and Freeman of the Worshipful Company of Blacksmiths of the City of London, England.

We are easily accessible from the M25 - just seconds from Junction 9 (eastbound). Take the A244 exit (signposted Oxshott and Esher) from this roundabout; take the very first turning on the left (about 200 metres along the A244) and our driveway is the very first turning on the right. Parking is free, look for the sign to the Fire & Iron Gallery which is located next to the blacksmithing school. Several Lodging and Dinning places are available in short range around the workshop. We can assist with arranging lodging and can organize transportation to and from the seminar site. 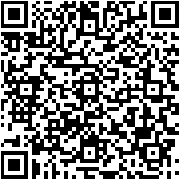